First of all a disclaimer. The views expressed here are my own and do not reflect the views of my employer or any other entity. I will be writing based on my own experiences here in Norway, but even though some aspects are specific to Norway, the basic principles should ring true everywhere. This page will be updated as I get feedback from you, so don’t hesitate to ask if you have any questions.

My objective here is not to scare anyone away from pursuing their dream. I have never regretted my decision regardless of the challenges it brought, but I have seen too many with broken dreams along the way so I want to shed some light on this industry and what you will be facing if you want to head down this road.

Why do I want to become a helicopter pilot?
This is maybe the most important question you should ask yourself. Though some are lucky and get their dream job with little or no effort, for the majority of you the reality will be entirely different. Most of us have to walk a long and troublesome road in order to reach our goals, but with the right motivation that is ok though. If you know what you are getting into, and feel that you will be able to wait out the hard times and do the hard work it takes, the rewards will hopefully make it all worth it. I say hopefully because I know for some people the job wasn’t quite what they expected it to be, so even though they reached their goal, it turns out it just wasn’t what they had envisioned. So why do you want to fly helicopters? If you are seeking fame and fortune you have come to the wrong place. If you see the magic in flight however, then I’d say you should lay some groundwork and figure out if this career is worth pursuing.

Who should I talk to prior to making my decision?
There are many broken dreams attributed to poor research prior to starting flight training. The first thing you should do is learn more about the industry and what area you’d like to work in. Utility work, helicopter emergency medical services, law enforcement, electronic news gathering, agricultural work, sightseeing, offshore and search and rescue to name a few. In some countries some of these services are only provided by the military, so it would be a terrible shame if you waste $ 50,000 only to realize that your dream job is only flown by the military. And before we go any further, anyone wanting to get into this industry should seriously consider trying out for the military first. Why spend money on getting a license and a job when there are people willing to pay you to do both, not to mention the high quality of training you would receive.  I digress.

Once you’ve found an area you’d like to work in you should seek out a couple of people holding that desired job and ask them what it took to get there, and if they have any advice in general. They know the industry and hopefully have no ulterior motives other than to guide you as best they can. However since people are different you should never rely on one individual alone to make a decision, myself included, so always seek out as much information as possible. In many cases the part of the industry you’d like to work for requires you to spend some time in another part. Here in Norway for example, getting a HEMS gig would require a lot of time doing other things before you’d be considered for that, so starting flight training expecting to get hired flying HEMS fresh out of flight school is just not realistic.

After talking to various pilots many of your questions are hopefully answered and you might have made a decision as to if this is still a career you’d like to pursue. At this point, and only now, should you contact a flight training organization. Expect the picture of the industry painted by the flight school to differ wildly from what you now know to be true of the industry after your research. Know this, most flight schools just wants your money, they don’t care if you get a job, so don’t bite blindly into their selling points. I’m not saying this is true for all flight schools, but just the other day I spoke to an individual who had been told outright lies about the pay you could expect and the standard phrase that the industry is in dire need for pilots. The latter might be partially true, but they normally sell it in as if those are the places you’d be hired fresh out of flight school. The market segment you’d be qualified for after completing flight training is a lot less attractive and saturated with people just like yourself, so competition is stiff.

Where should I get my training?
Again, what better way to decide that than talking to students that are close to finishing or the pilots you talked to previously? And there is no clear answer to this, just know that there are many cases of schools going bankrupt and students losing a lot of money in the process, so make sure it looks like a well run business if possible. Talk to some of the instructors as well and hear what the odds are of getting a gig instructing once you’re done.

For Norway I’d say the following: If offshore flying is your dream, look to the states. If onshore/utility is your thing, you could stay in Norway or close by. This way you are able to network and look for a job while you are in training. To most utility operators here in Norway it doesn’t matter if you have 135hrs from flight school, or 1000hrs flying patterns and autos in Florida. Then it is more about learing if you have good airmanship and the right attitude for the job. I’m not saying you shouldn’t go to the states, just don’t do it because you think it will help you get to fly that longline any faster if you have more flight hours.

A final note on training for now. If you decide to go for it, enjoy it! You will rarely get the freedom you have on your solo-sorties when you start flying commercially, so savour the moment. On sunny days I used to do some cross-country to a smaller airfield and do some patterns there, before landing for an ice cream prior to heading back to home base. Good times!

Is it all doom and gloom?
No. The world still needs pilots, and they have got to come from somewhere. All pilots start from the bottom and work their way up through different areas of the industry. We were all newbies at some point, so that goes to show that it is possible to reach your goal. I just want you to know that it does take some effort on your part to get there. However with the right mindset it is pretty much just about doing a good job and being patient. Once you have completed flight school you should actively pursue companies you would like to work for and introduce yourself. The company will have stacks of job applications, but a personal appearance might put you ahead of the competition. It shows that you are dedicated and motivated.

As before I will add more to this at a later stage. Don’t make a decision based on what I write alone, but try to investigate for yourself and see if this is something you would like to do.

36 thoughts on “Becoming a Helicopter Pilot” 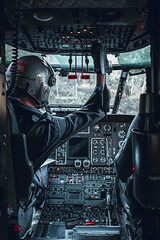 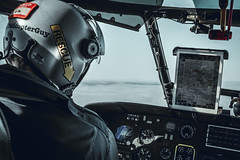 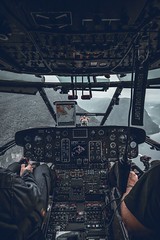