An informative and funny safety video made by HeliJet.

In episode 6 of Ultimate Processes by Insight TV you get a behind the scenes look at the making of one of the SAR AW101s being made for Norway. This series aircraft will be the most advanced rescue helicopters in the world when completed. The show also sheds some light on the basic principles of helicopter flight. Click the image to be forwarded to the episode.

This was posted on Facebook a few days ago, and I think Randy has many good points. Below is his post that went with the video below. More information about Randy Mains here.

I was sent an excellent video by Dan Faust that I plan to use as a case study in future CRM Instructor’s courses because it has excellent CRM and AMRM learning points. He made the valid statement when he said, “I thought you said the British were far ahead of the US in regards to flight standards. Not being sarcastic, just looking at the fog, cliffs, trees, and deciding to continue the flight.” His point is an excellent one and here is what I wrote back to Dan after I’d viewed it. Dan you bring up an excellent point. END_OF_DOCUMENT_TOKEN_TO_BE_REPLACED

Following procedures is critical to ensuring a safe flight!

This NTSB video on procedural compliance for flight crews, which is targeted at pilots, airline operations departments and aviation regulators, uses findings from seven commercial airplane accidents to show how deviations from standard operating procedures can initiate a chain of events that can lead to devastating consequences.

“Strengthening Procedural Compliance” is on the NTSB’s Most Wanted List of critical safety improvements.

Here are two teaser clips of the X4 about a month off from being unveiled at HeliExpo. Being a big fan of the Dauphin family of helicopters I am very excited to see what is to come. What we know so far is that it will feature the exotic Blue Edge blades, a feature that will reduce noise generated by Blade-Vortex Interaction. Read more about the developement at Aviation Week

Found these posted at HeliPRESS, and the list is compiled by the International Helicopter Safety Team (IHST)

That Others May Live

END_OF_DOCUMENT_TOKEN_TO_BE_REPLACED 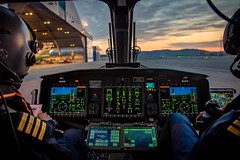 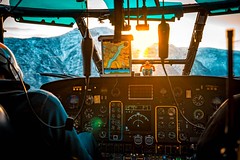 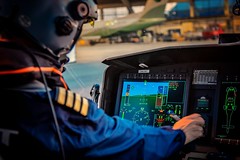