There is no getting away from the fact that being a pilot looks very appealing to many. And judging by the pictures I share it looks like a dream job on the surface. What isn’t as apparent though is the hard work most of us put in to get where we are. Even less apparent is the large number of fellow flight school students who fail to achieve their perceived dream. They are no different from the rest of us, just as bright (or even brighter perhaps) and just as good. So why do they leave the industry before reaching their goal?

Motivation. I believe this to be the make or break in this industry. Motivated people can to a certain extent compensate for some of their weaker sides by willpower alone, while maybe more qualified people with less motivation will stumble and fall. Getting from flight school to a paid job as a helicopter pilot can be a long and troublesome road. There are of course some that are lucky and find themselves at the right place at the right time, but for most it takes a bit more effort. It doesn’t take a genius to realize that to make it through an uphill struggle you need motivation to succeed. So where do we find our motivation? What made you want to go down this road?

In my case it was a childhood dream…a dream that at a young age became a bit sidetracked because I couldn’t imagine little me would ever be able to succeed. But from about the time I started high school a stubborn determination set in that has led me to where I am today. I have always seen a magic in aviation that has intrigued me, and to this day I still feel very passionate about it (a bit less two hours ago though, when turbulence threw me around like a rag doll).

For people who have no insight into the realities of the business, being a helicopter pilot probably looks like a really cool job. Don’t get me wrong, I love what I do, but not everyone would love to do what I do. What it looks like I’m doing and what I am actually doing might be two very different things. And what it took me to get here and what the flight school tells you it will take to get you there might be worlds apart. Many who do their training wake up to a different reality than was portrayed to them by the flight school once they have “graduated”. Getting a job turns out to be much harder, or maybe if you get a job it turns out it isn’t what you thought it would be. For many the easiest thing is to pursue a different career, and it is probably the right thing for them to do.

I came across a man asking for advice on a helicopter forum. He was about 45 if I remember correctly, and was planning to put a mortgage on his house to become a professional helicopter pilot. When asked why he wanted to go though this arduous and uncertain process of becoming a helicopter pilot at that age he replied this: “I want my kids to be proud of their dad, I want them to be able to tell their friends that my dad is a helicopter pilot” As far as motivation goes, would he be doing it for the right reason? Secondly, what makes being a helicopter pilot better than just being a good dad? Who cares what your job is? If you like what you do and take pride in your work, it doesn’t matter if you’re a taxi driver, a lawyer or a helicopter pilot.

Back to the 45-year old. We told him we wouldn’t recommend that he pursue a career in rotary aviation. He would be putting too much on the line at too high a risk. However what if this guy instead had told us this: “Ever since I was a kid I wanted to fly helicopters, but growing up I just didn’t think it would be possible. The last decade I have been doing some research and saving up some cash. There is a company I have talked to that wouldn’t have any reservations about my age and might be able to use me part-time for starters. I’m almost at my financial goal and need pointers as far as flight school goes”. We’d probably double-check to see if his research was sound and remind him about the challenges he’d still be facing, but I’d have no trouble pointing him in the right direction if he seemed genuinely motivated for the task. Not saying it would be easy for him, but who knows what people can achieve with the right motivation.

What I’ve been trying to get to here is that if you are considering getting into this industry you should do thorough research first. Talk to a pilot doing the job you want to do, ask him how he or she got there. If when faced with the harsh realities you still think, “Hell, yes!”, then I’d give you a good chance of making it. It won’t make it any easier mind you, it just means you might be able to hang in there long enough to reap the rewards. So…are you thinking about doing it for the right reasons? And if you don’t think this is for you, that is 100% OK too!

Found this on Whirly Wives 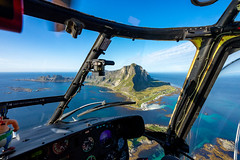 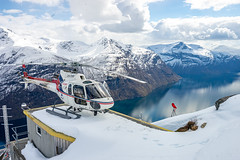