The short answer to my absence is work. In my pictures I show you some of the highlights from my work, but that is really just a part of what I do. In addition to being a pilot, I am a Senior Safety Adviser, Safety and Compliance Auditor and a Navigation Officer. I’ll talk briefly about each of the roles in turn.

For about a year now I have held the Senior Safety Adviser role in our company after having been a Flight Safety Adviser Onshore Ops before that. This meant I had to wrap my head around new concepts and tasks within our Safety Department and an increased workload. Since before I started my aviation career, I have been interested in safety matters, and the company I work for has nurtured that interest and allowed me to evolve in that field. As the SSA I try to coordinate and assist the work of the various Safety Advisers, processing reports we get, maintain our Hazard Register, facilitate various Risk Assessments and various other tasks.

Generally speaking air travel has an unparalleled safety record. Unfortunately if you break it down into the various segments, the onshore helicopter business in particular is plagued by a bad safety record. That being said, comparing an airline flight to an onshore helicopter operation is impossible. One is operating mostly in a controlled, procedure based environment with two pilots checking each other’s actions, while for most onshore helicopter ops are single-pilot in close proximity to obstacles with a variety of hazards and variables that can be challenging to mitigate. Though we have procedures for the various operations, they still require a healthy portion of good judgement from those involved.

I seem to come across two types of helicopter pilots in this industry. There are those who say, sure this is a risky business, that’s how the game is played, you can get in or get out, but man up and stop complaining about it. I belong to the other group. The group that acknowledges that sure, there are a lot of risks involved, but many of those are risks that can be mitigated. Not all perhaps, but many. And that’s were I’m trying to do my part to improve the safety record. If the work is so risky to begin with, why take unnecessary risks? Why do things that are in violation with the Aircraft Flight Manual? And don’t get me wrong, sure I’ve done stupid things that I regret, I’m not perfect in any way. But that’s the point, none of us are. We all make mistakes. The trick is learning from past mistakes, and trying to give yourself the leeway so that if something happens, at least you’ve stacked the deck in your favor. During a day of flying we make hundreds of decisions, some minor, some major. If we make decisions that are in clear violation of procedures or aircraft limitations, we’ll eventually run out of luck and become a part of the statistics.

A pilot and passenger/systems operator were flying a long ferry flight. They flew a single engine helicopter not equipped with floats, nor were they wearing survival suits. The planned route took them over land, but due to a counter-terrorist exercise in the area, ATC asked them to route over water for a short part of the flight. The pilot accepted and a few minutes later the engine flamed-out and they performed what is believed to have been a successful autorotation to water with successful egress of the occupants. Unfortunately they were not equipped to survive in the cold water and perished. The decision to fly over water may seem like a minor one, and if the flight had been successful, no one would have given it a second thought. In this case however it turned out to be fatal. Have I made a similar decision in the past? Yes. But then we learn and try to make sure we don’t do that again. I digress.

Reports…ah…the dreaded reports. For some reason writing reports is really hard. And I get that. Usually it means swallowing your pride and admitting that you made an error, which isn’t easy for anyone, let alone proud pilots. Luckily for us though, we operate by the “Just Culture” principle. Basically that means as long as you are not intentionally violating procedures or limitations, no error you make will come with punitive consequences. So for God’s sake tell the tale so that others may learn. And not in the break room, but by submitting a written report through the proper channels. Sure I encourage you to share your experience in the break room too, I’m just saying don’t let that be it. Those working in safety departments all around the world are not able to hang around in every break room and intercept all these little incidents and take appropriate actions to prevent said incidents from escalating to an accident. And that’s what it is all about. Many accidents have certain precursors that if handled correctly could have prevented the accident from occurring in the first place. So my message to all you pilots out there, set a good example and share your safety related incidents with your safety departments and maybe you’ll save a colleagues life. We’re not here to get you, we’re here to get you home safely!

So by now I guess you know why I’m working in the safety department. I also mentioned I’m an auditor. This basically means checking that our company procedures and manuals are in line with national or international law, whichever is applicable, and then checking if we actually perform our operations the way we say we do in said procedures and manuals.

Lastly I’m one of two Navigation Officers in the company. We are basically tech support for any Electronic Flight Bag issue that may arise, order maps, manage subscriptions, and generally keep an eye out for things pertinent to safe navigation. Working to get obstacle information readily available to the crew in the cockpit has been a special project I started as a loadmaster and thanks to good help from colleagues and the rest of the community in Norway, we now have a better situational awareness than ever before. A reminder to those of you also relying more and more on big fancy screens with a plethora of information, don’t forget to look outside!

I also have the privilege of being a part of the Accident Analysis and Prevention group in the Flight Safety Comitee of the Cockpit Association of Norway (NF), the Norwegian branch of IFALPA. There I get to work with some very talented individuals and help influence safety at a higher level. I look forward to spending more time with this work in the future.

So where am I going with this? Well with flying taking up most of my time at work, then the other roles when I’m done flying or when I’m working from home, it doesn’t leave much time for posting pictures. Then of course I have a family. We work roughly on a  two weeks-on, two weeks-off rotation, so when I’m working I usually don’t see my family for the two weeks I’ll be flying. That means I have to try to be somewhat present when I’m finally home.

But how much time does it really take to upload a picture to instagram, you might ask. On average I spend about an hour for every picture I post. Sometimes more if I have to spend a lot of time browsing through my archives for unused pictures. So finding the right picture is one thing, then there is editing, first in Lightroom on my computer, then a final touch in Snapseed for iOS before actually uploading it to Instagram. I’m also a bit of a perfectionist which doesn’t really help at all with the selection process, especially seeing as I’ve become even more critical of my own work the last couple of years. When you combine all these factors it pretty much adds up to so many things to do, and so little time to do them in. And unfortunately Instagramming and blogging is at the bottom of the list…just below Game of Thrones (obviously!).

I hope it doesn’t sound like I’m complaining. I have chosen to accept all the work that has been given to me because I find it rewarding. It may come at a cost when it comes to Instagram, but I’ll do my best not to fade away completely. 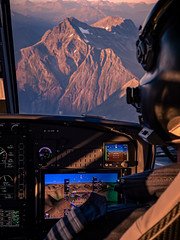 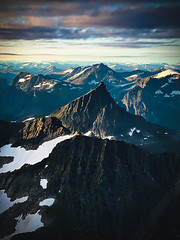 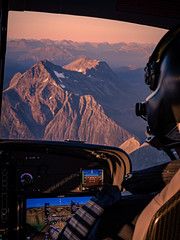